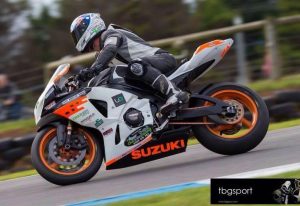 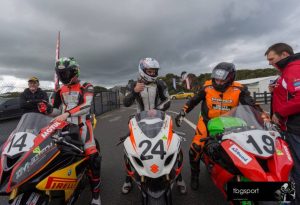 Chas Hern (24) took his Suzuki GSXR1000 superbike to an overall victory at the final round of the Australian Superbike Championships at Phillip Island in the EVO class comprehensively beating the newly crowned 2014 superbike champion Glen Allerton in the process. This was the first time the CLAKE 2 had been used in any class of road racing and the win was all the more surprising given that Chas had only ever used the CLAKE on one other occasion.  Chas came second in the first race to Glen, then relegated Glen to second place in the next two races beating Glen by an amazing aggregate time of over 30 seconds. “The CLAKE 2 gave me the confidence to push harder in the wet difficult conditions” said the jubilant Chas.